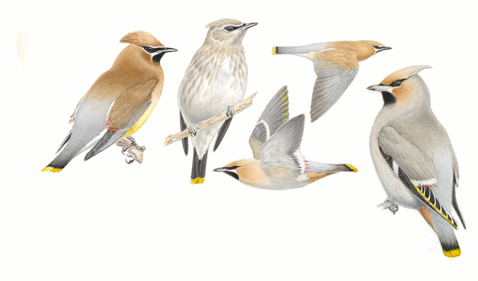 I really wanted to try something a little different today. Sometimes when you do that, you gotta get your feet wet! Well. that’s what I did, jumping in with both of them. Pine Gulch Creek formed my path and like a two legged Salmon, I slogged, waded and headed upstream. I pulled myself through sheer veils of spiderwebs spanning the under surface of logs that I was forced to crawl beneath. Banks of Stinging Nettle, were gingerly parted while tendrils of Blackberries snagged and tore at my ankles. There is something so adventuresome about crawling through the dense and tangled riparian realm and getting scratched up, stuck by broken branches, wet up to your “clyde”, as my father would say, and generally roughed up! When you emerge through a narrow and maze-like green portal, it is simply, well… beautiful! The birds love these places as well as it’s wet, buggy, dappled with light and shadow and provides limitless cover.

Flushing a Green Heron, picking through the flocks of foraging insectivores, ie. warblers, tanagers, flycatchers and spooking Red-shouldered Hawks from their shady resting place were some of my treats for this hard work. At one point, I encountered a very large flock of birds foraging at all levels. The place was buzzing with life as birds sallied out snapping up this or that flying insect, Western Tanagers bathed and flew up to shake off a thousand glistening droplets from their lime green plumage. In the broad leaves of a very large White Alder I caught a movement. It was unfamiliar and familiar at the same time. My first hit was “what’s that white cock-tailed thing”? One second later, it was momentarily visible between translucent panels of green and WHAM! Chestnut-sided Warbler, my old friend! # 223. Here is a familiar face of pale ash with an “Robin hood green” crown and a crisp thin, white “Teddy Roosevelt spectacle” of an eye-ring. Its tail is held up and out, a curious under appreciated feature of this songster of the eastern woodlands. While it lacked the namesake chestnut sides of an adult male, this bird is quite lovely and one I will not soon forget.

I was feeling great after encountering this exquisite lost sole and wasn’t expecting to be treated again to such a face slam when a quick movement grabbed my eye in the next willow. With an audible snap of its bill and a speedy return to its initial foraging perch I knew I would be staring at a flycatcher. Imagine my pleasant surprise when the bird looked at me through eyes that were not encircled with an eye-ring! It could mean only one thing, a Willow Flycatcher, # 224. This threatened species in California is thankfully fairly regular in the fall in west Marin and I was expecting to be blessed by one any day. Today was my day!

Later there was a big lazy adult Bald Eagle that made its presence known in downtown Bolinas as it floated slowly back and fourth as happy folks flowed out of Smilies Schooner Saloon and gazed toward the sky!